The war has started.
The most affected by it are civilians 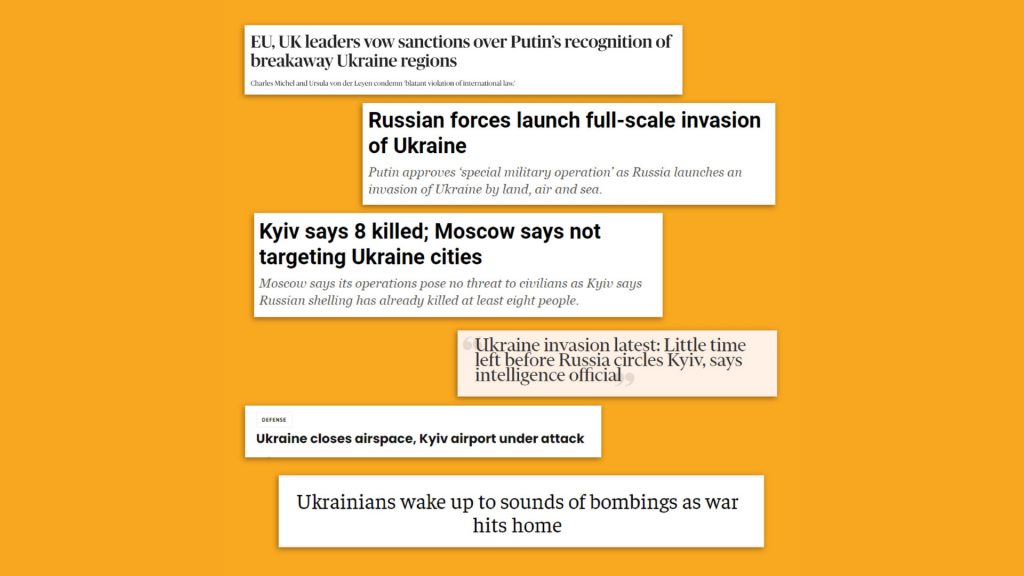 With Russia’s attack on Ukraine, the international community is faced with what is the everyday reality of many: people and families being forced to flee from their own homes, communities, and countries due to military occupation and armed conflict.

Since February 22nd, images on social media and on-site reports have shown how Putin has stepped on international humanitarian law, with its attacks and air strikes destroying civilian’s buildings, including a hospital and a school.

According to UN Refugee Agency (UNHCR), the terror installed by Russia’s military offensive has caused 100,000 Ukrainians to leave home and seek refuge in neighbouring countries. And, if the situation progresses, 1 to 4 million people are estimated to be displaced. All of this, adding to the 1 million people internally displaced since the annexation of Crimea by Russia in 2014 and the resulting conflicts in eastern Ukraine.

Countries such as Poland, Romania, Hungary, Slovakia, and Moldova have already begun receiving Ukrainians. However, the capacity of these countries does not suffice, and neither is their responsibility to. Western countries, European and non-European, must open their doors to receive Ukrainians.

While it is true that, over the last hours, many EU and European country leaders have demonstrated an admirable promptness in receiving people displaced by this conflict, it should be noted the discrepancy of this reaction from the one refugees and migrants from the Middle East and Africa were faced with in the last years. Walls were built and human rights were violated in the Mediterranean Sea in order to keep non-white, non-Christian and non-European displaced people from entering Europe.