Around the World:
What's Going On in Ethiopia?

This is the first post from our new series “Around the World”, where we analyse political, social and economic issues from countries often times set aside on the news. 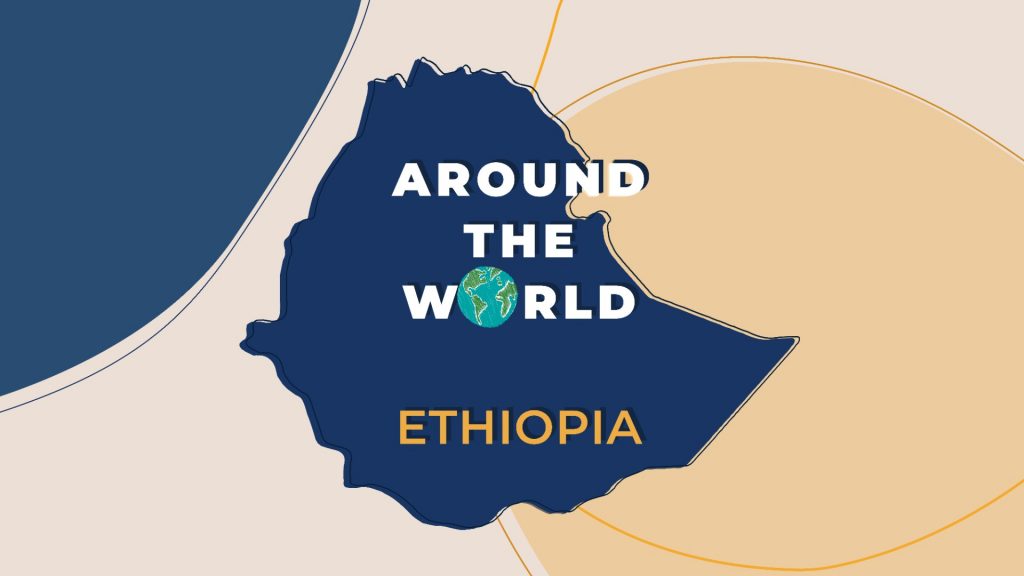 At least 400 000 people are facing famine, more than 5.5 million are threatened by hunger, 2 million were forced to flee their homes and aid workers find it increasingly difficult to help. What’s happening in Ethiopia?

The numbers are startling, but Ethiopia’s civil war has been cruel. The country’s government has been at war with the northern region, Tigray, since November 2020, affecting not only the whole country, but the neighboring states.

The government-imposed blockade of Tigray has made it even more difficult for humanitarian workers to provide assistance for those in desperate need. The people are starving and food can’t reach the area as well as medicines and other life-saving supplies. There have been reported incidents of Trigayan soldiers looting food aid.

Sexual violence is being used as a war weapon, with Amnesty International stating that the “severity and scale” of the sexual crimes are “particularly shocking”, amouting to “war crimes and possible crimes against humanity”.

“Nowhere in the world are we witnessing hell like in Tigray”, said Tedros Adhanom Ghebreyesus, director-general of the World Health Organization (WHO), just last month.

What’s this war about?

The civil war, also known as the Tigray war, is between the federal government of Ethiopia, led by Prime Minister Abiy Ahmed, and the Tigray People’s Liberation Front (TPLF).

Ethiopia, officially the Federal Democratic Republic of Ethiopia, is located in the Horn of Africa (Somali Peninsula) and borders Eritrea, Djibouti, Somalia, Kenya, South Sudan and Sudan. With over 117 million inhabitants, it’s the second most populous country in Africa. The largest city, Addis Ababa, is also the capital.

The population in Ethiopia is diverse, with over 80 different ethnic groups. 35% of the people are Oromos, making it the largest group, followed by the Amharas (27%). Together, these two groups make for more than 60% of Ethiopia’s population.

However, for 28 years, the ruling government of Ethiopia, the Ethiopian People’s Revolutionary Democratic Front (EPRDF), was led by Tigray leaders belonging to a party named Tigray People’s Liberation Front (TPLF). This inspired a wave of discontent. As a result, an Oromo, Abiy Ahmed, was named Prime Minister in 2018.

In 2019, the EPRDF was dissolved and three of its constituent parties plus several opposition parties formed the new Prosperity Party, chaired by Abiy Ahmed. The TPLF refused to join.

Due to the ongoing COVID-19 pandemic, Prime Minister Ahmed postponed the 2020 elections to 2021, leading to the TPLF alleging that Ahmed was an illegitimate ruler and organizing their own regional elections in September 2020, which the federal government deemed illegal.

How has the conflict turned into a humanitarian crisis?

The intricacies of the war have left a trail of destruction across the country. Ethiopians are divided and the northern part of the country, where Tigray is located, is suffering the most.

This conflict presents a danger to  Ethiopia’s unity as a nation, but also to the Horn of Africa region, as Ethiopia is surrounded by the also-in-conflict South Sudan and Somalia. Displaced people have a hard time knowing where to turn to.

In November, one year after the beginning of the conflict, Tigrayan troops started to move south toward the capital, Addis Ababa, and the Prime Minister declared a state of emergency. Authorities started to do mass detentions of civilians of Tigrayan descent and ordinary citizens were asked to take up arms to force the rebels to retreat to the North, which they did.

Several thousand of soldiers have been taken captive, although both sides have also carried out releases.

One of the main characteristics of Ethiopia’s humanitarian crisis is the “systematic blockade” Tigray is facing. Supplies, such as food and medicine, aren’t able to get in and there’s a communications blackout, isolating the Tigrayan population and preventing aid workers from accessing the region.

The population is starving to death and dying from lack of medicine. UN estimates that more than 90% of the population in the region is in urgent need of humanitarian assistance.

Sexual violence has also been predominant thoughout the war, even being called an “epidemic”. Reports account for more than 1.300 acts of rape until November 2021, with more unreported. Half of the reported cases were gang rapes.

A joint report [PDF] by the Ethiopian Human Rights Commission (EHRC) and the United Nations (UN) states that “rape and other forms of sexual violence have been used to degrade and dehumanize the victims”. Adding that women and girls whose male family members were combatants were targeted by members of the opposite party.

The report concluded that it had found “serious abuses and violations of human rights, humanitarian, and refugee law” committed by all parties involved, with “reasonable grounds to believe that a number of these violations may amount to crimes against humanity and war crimes”.

Concerned, on December 17, the UN Human Rights Council voted to establish an independent investigation into abuses in the Ethiopian conflict.

One thought on “Around the World: What’s Going On in Ethiopia?”